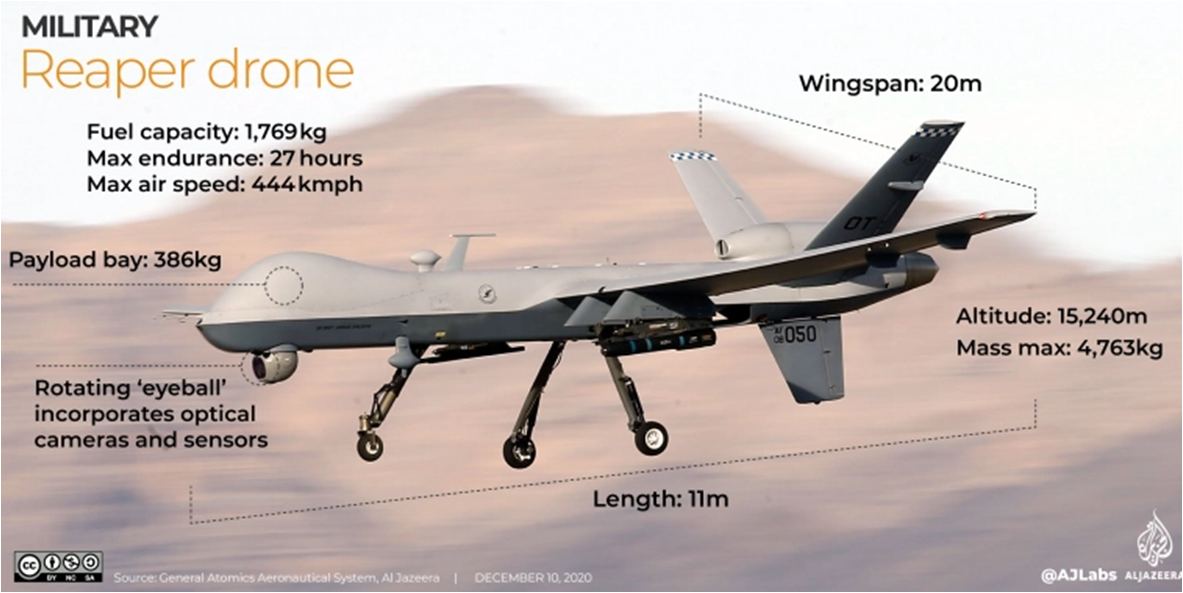 The United States Senate has defeated an effort to block the Trump administration’s sale of $23bn in advanced fighter jets and drones to the United Arab Emirates.

President Donald Trump had issued a formal threat to veto congressional efforts to block the planned weapons transfer, which is tied to the UAE’s normalisation of ties with Israel under the “Abraham Accords”.

Two procedural votes failed to gain a majority of the 100-member Senate, effectively stopping the effort to block the sale of advanced F-35 fighter jets and Reaper drones.

Senate Republican leader Mitch McConnell said the resolutions seeking to block the arms sale fell far short of the two-thirds support that would be needed to overcome a presidential veto.

“It’s a little baffling to suggest that, now of all times, a protest gesture with no chance of obtaining a veto-proof majority is a valuable use of the Senate’s time,” McConnell said in Senate floor remarks.

Backers of the sale described the UAE as an important US partner in the Middle East. Opponents criticised the UAE for its involvement in the war in Yemen, a conflict described by the United Nations as one of the world’s worst humanitarian disasters.

The Trump administration told Congress on November 10 that it had approved the sale to the UAE of weapons made by General Atomics, Lockheed Martin Corp and Raytheon Technologies Corp.

The deal includes the F-35, the world’s most advanced fighter jet; more than 14,000 bombs and munitions; and the second-largest sale of US drones to a single country.

The White House said the sales directly support US foreign policy and national security objectives by “enabling the UAE to deter increasing Iranian aggressive behaviour and threats” in the wake of its recent deal with Israel.

The veto threat was expected. US law requires congressional review of major arms deals, and lets senators force votes on resolutions of disapproval.

But to become effective, the resolutions needed to pass the Republican-led Senate and Democratic-led House of Representatives, and garner two-thirds majorities in both chambers to survive Trump’s veto pen.

Senator Chris Murphy, a leading critic of the arms sale, said on Twitter the Trump administration’s move to jam the transaction through quickly, without giving Congress time to review it, was designed to tie the hands of incoming President-elect Joe Biden.

Two resolutions seeking to block the sale of F-35s and Reaper drones, failed by votes of 47 to 49, and 46 to 50. All but two Democrats voted to block the deal. One Republican broke ranks to vote against the sale.

Biden won the November 3 election and is expected to review the sales. The House of Representatives, which is controlled by Democrats, is likely to vote in approval of the resolutions.

Senator Bob Menendez, a Democrat who forced the Senate votes, argued a US arms sale of this magnitude – without a broader strategy in the Middle East – risks starting a new arms race in an unstable region.

“If we really want to talk about countering Iran, we need a comprehensive diplomatic strategy,” Menendez said.

“Arming partners with complex weapon systems that could take years – years – to come online, isn’t a serious strategy to confront the very real and timely threats from Iran,” Menendez said.

Once the sale goes through, the UAE would become the first Arab nation to acquire the F-35.